I hope you all had a nice Thanksgiving. I took a few macros of some new Pelargonium and succulent blooms. 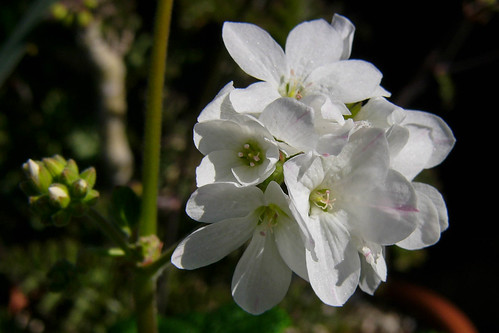 Pelargonium cotyledonis doesn’t really have exceptional blooms but I like the light brush of pink that I didn’t even notice until I downloaded the photos. 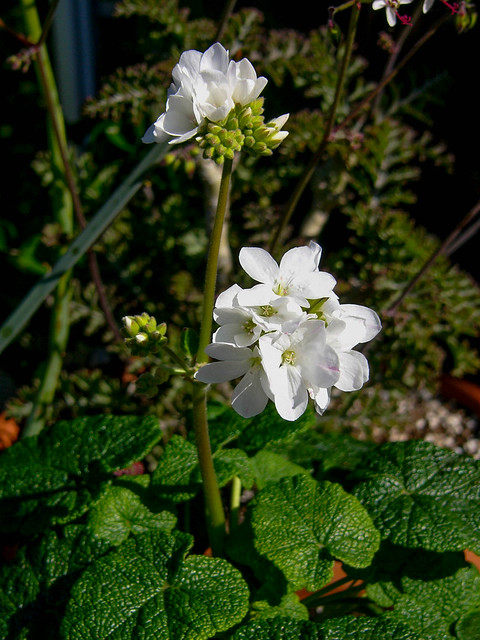 It is grown more for its green leathery foliage and its thick caudex forming stems. 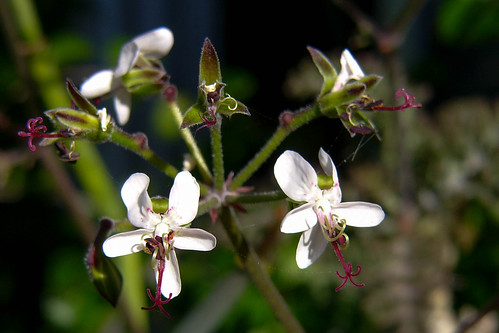 Pelargonium laxum went dormant for a few months in late summer and early fall but recently leafed out again and started blooming. 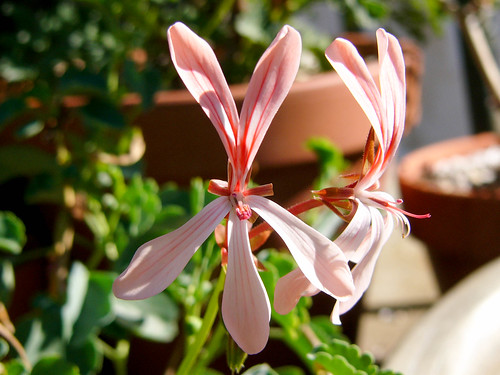 Most of the species Pelargoniums I bought are pretty simple to care for but Pelargonium acetosum seems a bit trickier. I wasn’t really sure it was going to make it but it seems to have stabilized and even started blooming. Nice big light salmon flowers. 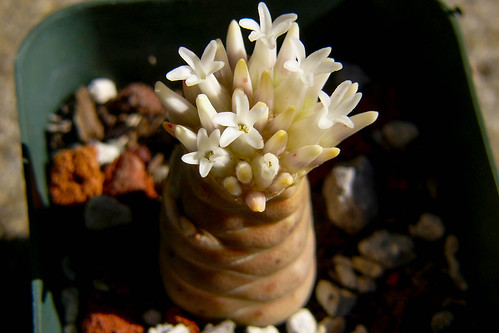 My weird little Crassula barklyi have even weirder flowers. They are sort of sinister the way they burst through the stems almost like parasites bursting out of skin. The plants look like cute little buttons so I wasn’t really expecting this. 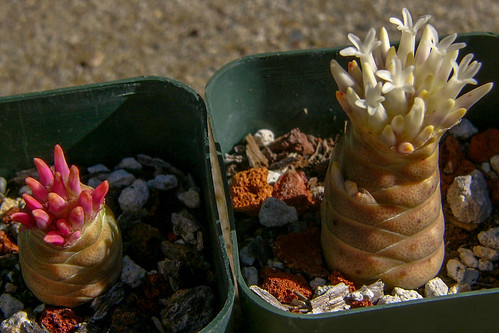 They come in pink and white. Creepy. 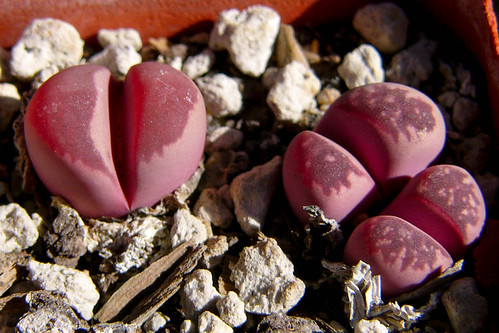 I have mentioned before that of all the mesembs I grow I am awful at growing Lithops. I just can’t seem to keep them alive for very long. So I am somewhat surprised that I have kept these Lithops optica ssp. rubra that I grew from seed alive for several years. I am not doing anything special. I just sort of ignore it. In fact I ignore it so much that I didn’t even realize it had bloomed until the bloom had long since passed and was just a shriveled little lump. Shortly afterward the plant split which is pretty exciting. There is still a pretty good chance I’ll kill it but in the future I will try to pay closer attention so I don’t miss out on any future blooms. 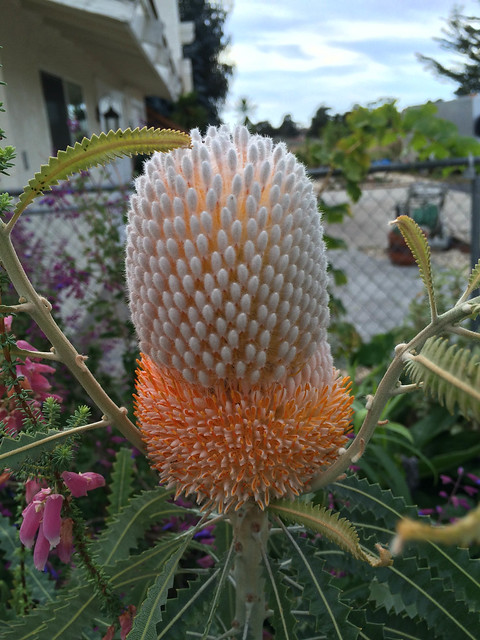 I noticed this Faucaria was looking especially nice today so I went to take a photo and then saw a honeybee buzzing around and decided to shoot a video instead. About 70 degrees today in Los Osos while I believe the rest of the country is in a deep freeze.

Hopefully you aren’t all getting sick of monarch butterfly posts. I’m one step closer to catching one emerging from its chrysalis. This little guy was still pumping blood through his wings. Eventually I will catch one actually in the process of emerging. Until then enjoy this video!

I have kept fresh water fish with aquatic plants for years but never tried the high tech route. This involves strong lighting and forced CO2 injection so you can grow some of the more interesting and challenging plants. I’ve decided to give it a try and see how I fare so I got a 17 gallon frameless tank and a CO2 tank and the necessary equipment to get it into the water.

The results are pretty good so far. Pretty good growth in just over a week. Aquatic plants are definitely trickier than terrestrial plants and I am not sure I have the knack for aquascaping yet but it is a start. 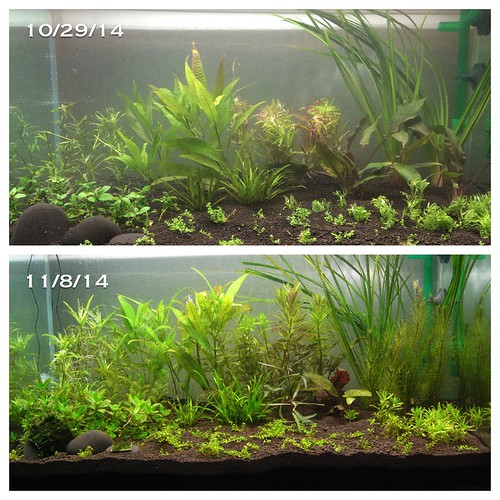 And here is the regulator for my CO2 tank in action.

I’ll post updates as it progresses and I add some fish. For anyone interested in the art of aquascaping if you are in the Bay Area be sure to check out the Conservatory of Flowers. They have a show opening on November 13th featuring planted aquariums. I believe it is running through the spring.

Conservatory of Flowers – The Art of Underwater Gardening

I missed the monarch on my Echeveria that I posted a few weeks ago when it emerged. I kept meaning to check but I got busy and forgot and I found his empty chrysalis one day. But there was another monarch a few days behind suspended from the eaves of my house so I set my iPhone alarm to remind me to check on it every morning. 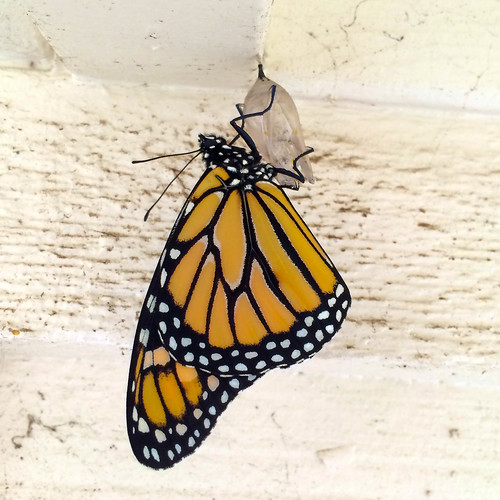 I didn’t get to see it emerge but I did witness it shortly after the fact. When I butterfly first emerges from its chrysalis its wings are all rumpled up. It hangs from its chrysalis and pumps blood into its wings. It is very vulnerable during this period. If something goes wrong and its wings harden before they have a chance to straighten it won’t be able to fly.

Once the wings have fully expanded they wait around a bit for them to harden and then take off. It is definitely worth growing some butterfly weed to attract monarch butterflies to your garden. Prairie Moon Nursery is a great source for Asclepias seed. Just do a search for Asclepias on their site and find out which species is native to your area.

Earlier this year I noticed that a Delosperma lehmannii and a Faucaria species that I have owned for a few years hadn’t been doing much of anything. They were alive but not really blooming or growing. The pots they were in were pretty small so I potted them up and was rewarded by new growth and lots of blooms this fall. Such an easy fix though I have so many plants in containers and not enough time or pots to pot them all up. 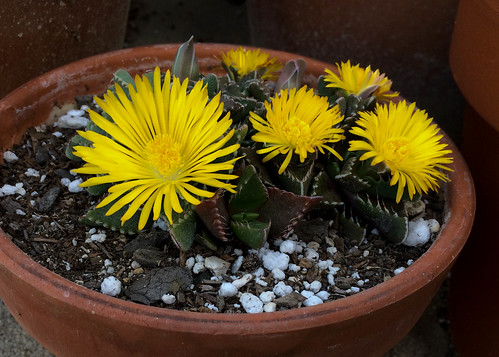 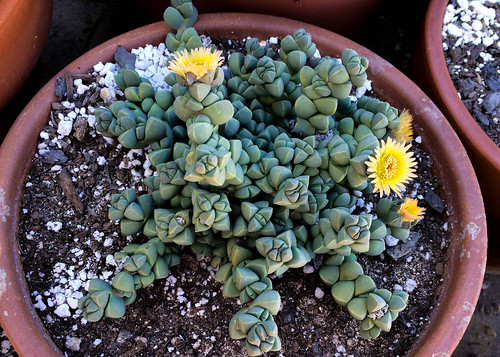